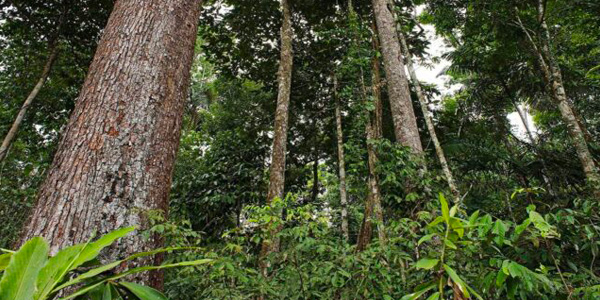 These are projects involving forest areas, aimed at reducing emissions caused by deforestation and forest degradation, as well as conservation and sustainable management.

Launched in 2010, the Brazil Nut Concessions project prevents deforestation and protects the biodiversity of 200,000 hectares of Peruvian Amazon forest. The project directs the local economy towards harvesting the prized Brazil nuts, which are only found in this rainforest.

Thanks to this initiative, a new Brazil nut processing plant has been financed, increasing the value of the local harvest.

The activity of gathering nuts is no longer limited to the subsistence of local communities but has become a viable source of income in full respect of the forest.

An integral part of the project was a campaign to sensitise the local population on the benefits of rainforest conservation, with seminars in every town in the region.

You can find out more about which cookies we are using or switch them off in settings.

This website uses cookies so that we can provide you with the best user experience possible. Cookie information is stored in your browser and performs functions such as recognising you when you return to our website and helping our team to understand which sections of the website you find most interesting and useful.

Strictly Necessary Cookie should be enabled at all times so that we can save your preferences for cookie settings.

If you disable this cookie, we will not be able to save your preferences. This means that every time you visit this website you will need to enable or disable cookies again.

This website uses Google Analytics to collect anonymous information such as the number of visitors to the site, and the most popular pages.

Please enable Strictly Necessary Cookies first so that we can save your preferences!